An EMP Attack Could Be Worse Than You Can Imagine

There are two kinds of preppers in our community. Preppers fully aware of all the possible catastrophes in an SHTF event, knowing how bad and messy it could get. And preppers, that secretly wish a disaster such as EMP takes place.

The latter, couldn’t even comprehend what a post-apocalyptic world will look and feel, both to their physical health and their psyche.

They believe they will be the next Rick Grimes (the main character in the TV Show The Walking Dead) or perhaps Negan and just blast people’s heads out with a baseball bat.

These folks pray that the grid will fall. They believe they will be in some sort of an advantageous position to the rest of the world.

Flashback – there ain’t going to be a world or people to compare yourself with.

Their philosophy and the way of thinking is simple – “I was the smart dude, I prepared myself, and now you’ll see who wins the life game.”

While it’s hard to say this aloud, some people just want the crap to hits the fan.

There, I said it.

They don’t like how our society works, they feel they are forgotten, and they can’t stand the fact that evil and immoral people have taken the world.

Sure, there’s some truth to that, and I get it.

However, it’s one thing to try to prepare or fix things and fight for a cause, and it’s another thing to secretly wish for depopulation by a natural factor or a human factor.

Now, I’m not a psychologist to give you the answer to why such thoughts could occur in people’s head, but I can tell you this:

These people have no idea of the enormous power of an actual EMP attack, one that is of unimaginable proportions.

Let me try to picture this in a post-apocalyptic world…

Electricity is what runs our entire world. It’s a fuel to distribute your clean water, your lights, your food and literally everything you consume. EVERY.SINGLE.DAY. Can you seriously imagine a world without electricity? Who’s going to be fighting the wildfires? Who are you going to call in case of an emergency.

Oh, wait, every single day would be an emergency.

Sure you have your first aid kit in your BOB, you have stocked extra supplies for the next two years. Then what? What happens if there’s a flood and you lose all your gear and supplies before the two years mark?

Moral of the story is, you can never be fully prepared for every possible scenario. That doesn’t mean you shouldn’t prepare, you should. But don’t think for a second that your life will become any more comfortable in a world without electricity. It will be worse than your worst nightmare. This will affect your health; you won’t feel safe, always on the watch, expecting any moment that looters will come to get your stuff.

Every minute, every hour.

You won’t be able to have a good night sleep. 24/7 alert mode will kick in. Imagining things, hearing things when there’s nothing out there, sleeping with your rifle in your hand, shooting ducks and you own shadow. All sorts of crazy thoughts and chaos is what awaits you.

And it’s not going anywhere. It will be there to stay, grow, and consume you. Day in and day out.

You think looters will be your biggest enemy? You neighbors? Wrong. You’ll be your worst enemy.

This is what you’ll become: 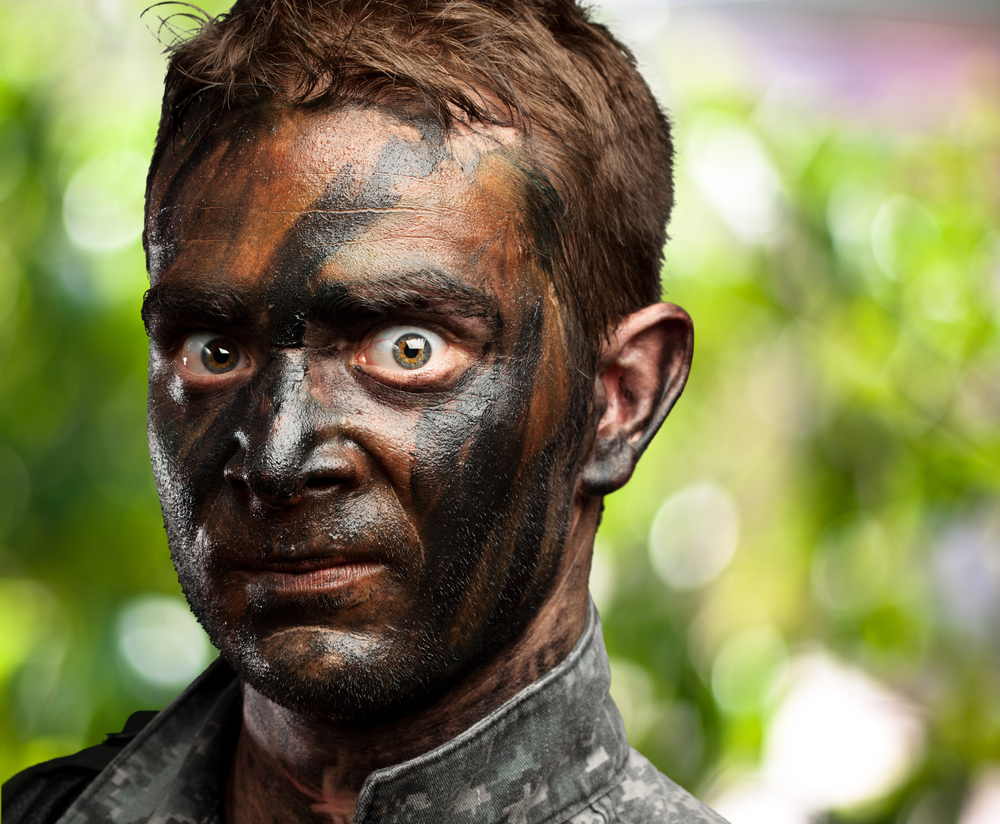 Even the toughest grown-up man or soldier has a breaking point. Do you consider yourself to be better than the rest and you can handle every pressure and obstacle that will occur in the long term off-grid event. If so, more to you, hats off to you sir or madam, but if not, please be honest with yourself and reconsider what you wish for.

Here’s a map of the power stations in case you want to check the locations and see where you fit in this landscape.

What happens when electricity is out?

They have power generators to keep them running for two weeks or a month, and then a nuclear meltdown. Complete collapse spreading across the entire ecosystem and coming from 60 different direction. Straight to your bug out shelter.

I hear you – “You are mistaken buddy,  I took that into account.”

Did you find the perfect bug out location? Ok great, sorry for bringing that up.

But are you sure that your location is safe? Are you sure you won’t be forced to relocate? I believe you have bugged in far from a military base, and there’s no chance on earth a nuke falls close to your area. Right? You never know what tomorrow brings. What about wind and clouds raining uranium straight into your crops or your natural water supplies such as the local river?

Are you going to use the commercial purification tablets your bought from Amazon? Good luck with that.

At any given moment, 9700 airplanes are traveling through the air on average

Let me say that again, almost ten thousands of airplanes going radio silent. Ticking bombs of aluminum that will crash in every single state in the U.S. Causing such enormous disasters, explosions, fires, casualties. And guess what? There’s no fire service, policy, military or hospital that can help you.

You are all alone.

The traffic is jammed, chaos and panic on the streets. This will cause such a chain of events that even the best film producer can’t imagine. Alright, perhaps Steven Spielberg can pull something “better” than this. Anyway, don’t think for a second that you have planned everything ahead and that you are in the rabbit hole, safe and sound.

You can’t predict where the next plane crash is going to take place.

You can probably minimize the chances of that happening by picking the “right” bug in location, but it’s all just guesswork and assumption in this phase. Trust me, don’t wish for what you can’t handle. It will get messy loud and scary in no time.

Are you sure you can handle all that pressure and you’ll make out alive to your safe home? Can you dodge bullets, can you escape fires, are you sure your escape road won’t get blocked by an airplane wing?

You are a moving target, and this is just the beginning. Think again, do you want this to happen?

Why not just stick with your favorite Netflix show, grab a coke and popcorns and relax in your cozy house. Do you prefer living in a bunker for the next ten years? Is that going to make you happy? Will that event make you feel that your life finally has a purpose?

This is not a movie; this is your life and the lives of 7.53 billion people across the globe we are talking about.

These are just a few major events I wanted to touch briefly. But make no mistake, the list is vast. So what else would happen in an EMP attack and grid off scenario? Both, short and long term.

Being prepared is essential, but being realistic is crucial. Let’s hope that we’ll never experience an SHTF scenario of such devastating proportion. It’s always good to use our imagination or watch Rick Grimes fighting Zombies, but there’s nothing sexy in living that life. Ok, I have to admit, fighting zombies is actually cool. Until that day comes, let’s focus on learning new survival skills, turn off the TV, go outdoors more often, learn how to grow your our own food and of course, prepare ourselves for the unexpected.

The Top 25 Songs For Preppers & Survivalists

Scroll back to top